The auditing of financial statements by the HBT- Treuhand GmbH auditing company is an integral part of the comprehensive range of services offered by the BWLC Group.

In this respect, statutory or voluntary audits constitute the focus of the Group’s activities in the field of auditing. Furthermore, assessing the business situation of the company concerned and identifying potential opportunities and risks affecting its future development also form a similar focal point.

But even outside audit engagements you can call in HBT when it comes to the analysis and development of optimization potential in the context of business processes.

The professional duties of the HBT-Treuhand GmbH Auditing Company also include fiduciary management pursuant to Section 2 Subsection 3 item 3 WPO (Public Accountants Act), which we pursue on a contractual basis. 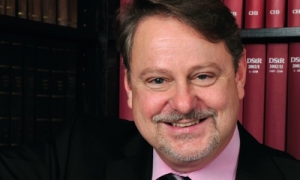 Mr. P. Klaus Linden, born 1960 in Bad Neuenahr, is married and has two children. After completing his studies in business administration at the University of Cologne, he worked for the international auditing firm KPMG from 1988 to 1992. During this time, he was appointed to the tax consultant.

From 1994 to 2000, Mr. Linden was employed by the auditing and tax consulting firm Ohrndorf & Partner GmbH in Siegen.

One of the areas of focus of Mr. Linden in the context of consulting and auditing of companies is the conceptual processing of tax and business problems and their implementation. 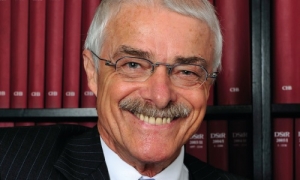 Mr. Harald Braschoß, born 1946, widowed, 1 son, was a founding member and bass player of the Cologne group “Die Bläck Fööss” until the completion of his studies of business administration in Cologne. From 1972, he worked for the international auditing firm Arthur Andersen in Dusseldorf in the auditing and management consulting departments. During this time, he was appointed to the tax consultant. In 1977, Mr. Braschoß opened a tax consulting firm in Troisdorf, whose seat he moved in 1995 to Niederkassel. In 1980 he was appointed as certified public accountant. In the period from 1990 to 2004, Mr. Braschoß was involved in the law firm Braschoß & Richter, accountant / tax consultant in Dresden, which he founded.

In 1997, Mr. Braschoß acquired the law firm Thoma and Meissner in Cologne, which has since been managed as a branch. On January 1, 2007, Mr. Braschoß introduced his practice to the BWLC. Mr. Braschoß’s main areas of expertise are Mergers & Acquisitions (M & A), the conception and implementation of corporate restructuring as well as corporate succession and asset succession consulting. In this context, Mr. Braschoss regularly conducts training, lecture events and specialist publications for companies and their successors in support of third-party organizations. On this basis, Mr. Braschoß founded in 2008 together with lawyers, management consultants, tax consultants and the Federal Association of medium-sized businesses e.V. (BVMW) the association “The successor experts e.V.”, in which he was elected chairman.

In June 2009, after successfully passing the exam, Mr. Braschoß received recognition from the German Tax Adviser Association e.V. as a consultant for business succession.

Through its impulses the association “Ratwerk e.V.” was founded, an association of tax consultants, auditors, lawyers, management consultants. Also in 2003 he initiated the founding of the Interessengemeinschaft Kunststoff e. V., for which he is active as a chairman and which now includes approx. 43 companies in the plastics industry in the Rhein-Sieg / Cologne and Bonn region. He is also a member of the board of the association “Transportunion e. V. “, an association of forwarding and logistics companies, which was launched in 2017 through its initiative and now comprises 23 member companies.

Auditors provided by HBT-Treuhand GmbH are at your side at all times. “We devote plenty of time to our clients and place great emphasis on personal dialogue.” You would like an appointment or have a question? Contact kontakt@hbt-wirtschaftspruefung.de or phone +49 (0)2208 9464-0 or use our contact form.